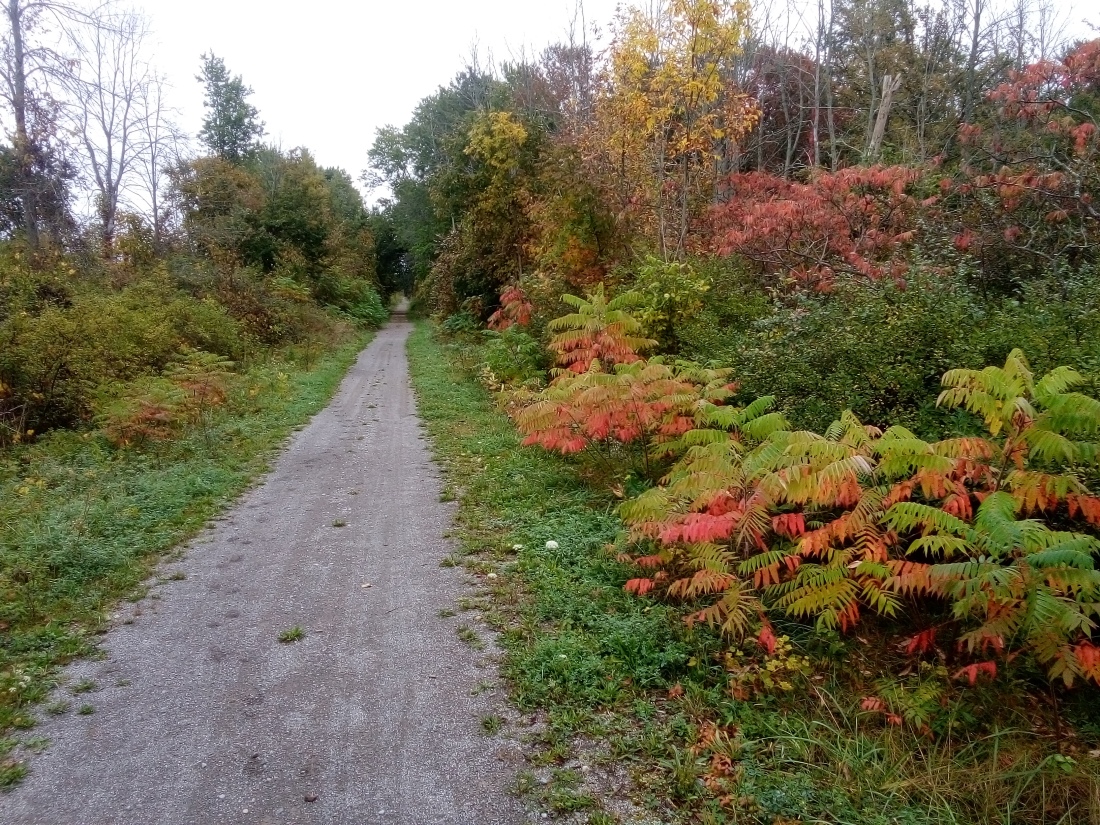 There’s no such thing on Vancouver Island.  Up and down, up and down.  Every run is a series of ascents and descents.

Southern Ontario is gloriously flat.  I took advantage of that a couple weeks back, when I was home, alone, visiting my family.  I logged a lot of miles.  It was easy to do.  I had lots of time, and few responsibilities.

I ran every day, except one.

Things happened in Ontario.  And I ran.

That’s the thing about running.  It’s with you always.  Wherever you are.  A runner can always run.  A runner can structure his day around a run.  Or a runner can squeeze in a run even when the day is busy and unyielding.  A runner finds time to run.

I had lots to think about when I ran in Ontario.

My mom.  Recovering from a stroke.  Working so hard on her rehab. Moving so well.  Speaking so well. I was very proud of her.

My dad. We ran together.  That was special.  He’s been doing it for five decades.  Part of the first great running boom of the 1970s.  He’s nearing eighty and still running.  Runners run.

My grandparents. I visited my grandfather’s grave. Born during the Great War, he and my grandmother started their family during World War II, in occupied Holland. My mother and her twin sister were born as the Battle of Arnhem was fought nearby. A famous battle – The Bridge Too Far battle. My mother’s twin died shortly after she was born, in a starving nation, torn by war. My grandmother’s name is not on the gravestone. Her ashes were scattered elsewhere. In my memory, they are always together.

My wife and daughter.  They did not make the trip.  My daughter is too young to be vaccinated.  There was an emptiness to this trip home, because my entire family was not together.

ACAB. An Acronym for ‘All Cops Are Bastards.’  Spray-painted on the wall of a cake  shop in Guelph.  I know a lot of cops.  All cops are not bastards.  I thought about how widespread anti-police sentiment has become.  I thought about the assaults my colleagues in Victoria have been subjected to recently.  Serious assaults.  I thought, if the ‘C’ in the acronym was replaced with a letter that stood for a different group, it would be a hate crime.

People.  I didn’t fly home to wander through small-towns.  I went for people.  Like my wife’s best friend and her husband.  They have become my friends.  A trip back home without seeing them is unimaginable.  People I only met a few years ago, are now important parts of my life.

Life takes twists and turns.  I had dinner with my ex-wife. For the last 18  months, she has been on the frontlines of the battle against Covid.  Her efforts have kept vulnerable seniors alive. She has endured immeasurable stress.  She’s led her staff through difficult times.  I am proud of her.

In life’s twists and turns, there are constants.  Like my brother, and his wife and their children.  They are proverbial rocks in my life.  We don’t talk often and see each other rarely.  And yet we are there for one another, with a closeness and comfort level that transcends distance and time.

I thought about the people I did not see.  My friend Stitch.  A man who has suffered, and endured, and come out the other side.  Strong and resilient.  If I called him and said I needed him, he’d drop everything and fly across the country in a heartbeat. No questions asked.

I thought about some people I have not seen in many years.  Once good friends who I let slip away.

These are some of the things I thought about when I ran flat miles in Ontario.  It was hotter than I would have liked.  No crisp cool autumn days. And the colours of the leaves were muted, not vibrant.

And when this runner arrived home, in rainy, hilly, British Columbia, he was greeted by a daughter who shrieked, “daddy,” and he was a hugged by a wife he loves and missed, and he was thankful for everything he has, and everything that was.