There’s a bear out there.  Not far from my home.  Somewhere.  Drinking from the creek that cuts through our neighbourhood.  Eating the berries along the trails that connect our community.  Foraging through bins on garbage day.

Signs at trailheads warn of recent sightings. It’s a black bear, not a grizzly.  While black bears are unlikely to attack humans there are no guarantees.  Google “Black Bear Attack – British Columbia” and you will get multiple hits – news stories that are weeks or months, but not years old.

It still feels very foreign to me, a relative newcomer to BC.  I grew up in Southern Ontario and the closest I came to a bear was at the Toronto Zoo.  A bear was as foreign and exotic as a hippo or elephant.

Not on Vancouver Island which has one of the densest populations of black bears in the world.  I step outside the house, scan the forests that surround our small town, and know that there is likely not one bear out there, but dozens.

That knowledge affects every trail run.  I do not obsess about it, but I am more than conscious that around every sharp corner, or in the deep brush beside me, a bear may lurk.  That invisible bear may not be poised to attack and is likely more scared of me, than I am of it.  However, more than once I have imagined rounding a bend and encountering a mother bear and her cubs.  Whenever that scenario plays out in my mind, it does not end well for me.

I take some precautions.  Or one precaution at least.  Jammed into the front pocket of my running vest is a large can of bear spray.  On most runs, I practice pulling it out so that doing so becomes as instinctive as a gunslinger sliding a pistol from his holster.  I visualize an encounter I hope never happens.  I startle a bear. We both freeze.  I hold my ground hoping it will just amble away.  It does not.  I yell, hoping to frighten it off. I fight my body’s instinct to turn and run.  I stare at the bear, continuing to yell.  The bear spray is in my hand now.  I back up slowly.  The bear is still.  Do I wait for it to pounce?  Or do I attack first, shooting a stream of thousands of distilled hot peppers into the bear’s face?  Causing it real agony to prevent my own potential agony?  What if I unload the cannister of spray at the bear – and miss – creating a very angry bear, and a very unarmed me?

A chance I am willing to take every day I run in the woods.  Because of the beauty that surrounds me everywhere.  Mountains and forests.  Grueling inclines and distant vistas. Silence and serenity.

Something rustles in the underbrush.

Did I mention the cougars? 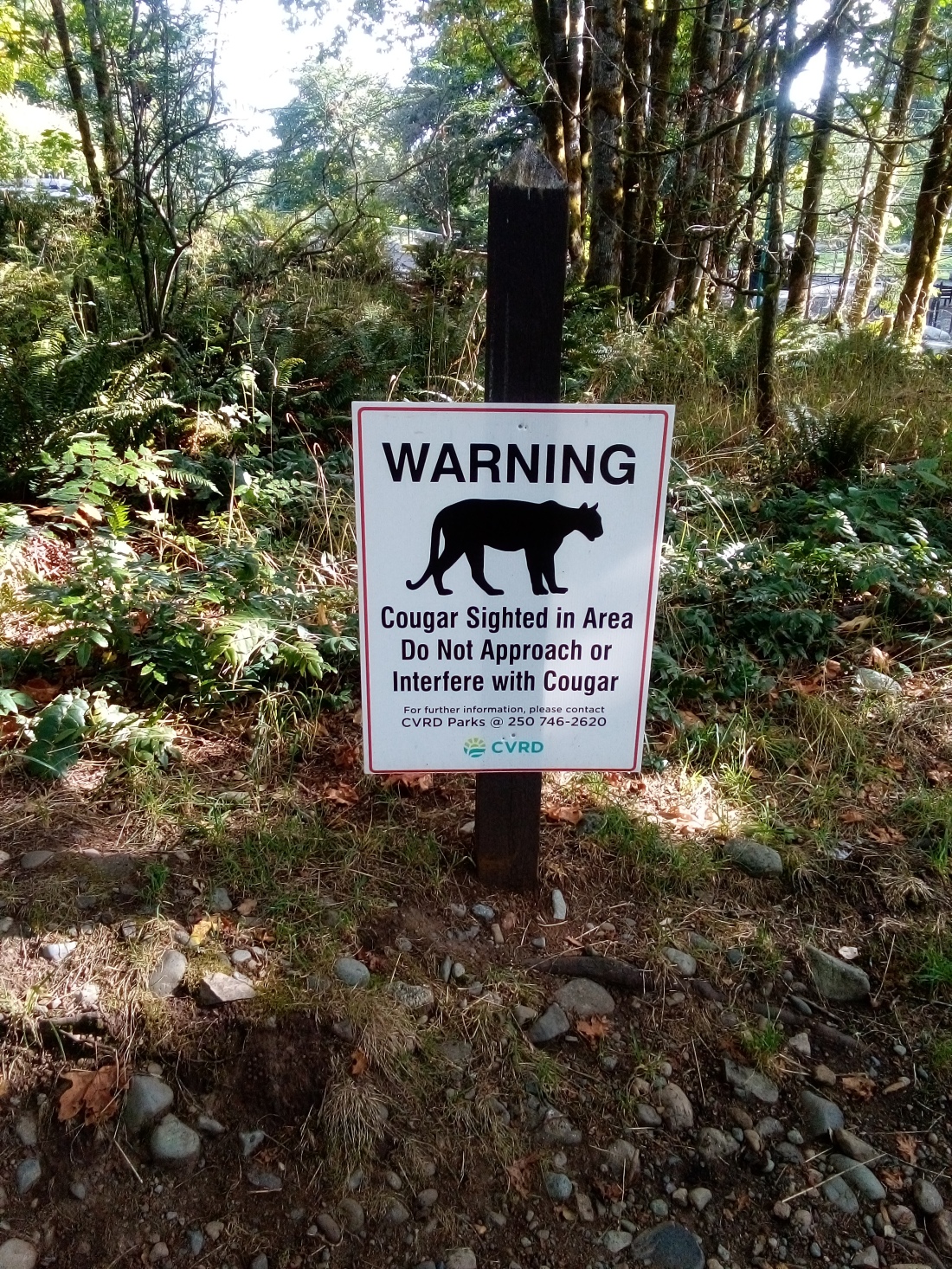 4 thoughts on “A Bear Out There”